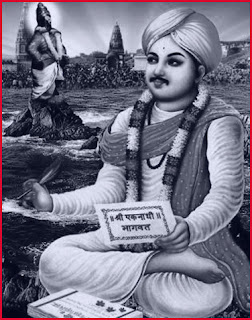 An ancient town, Paithan, formerly a prosperous town, was called Pratishthan. It is situated about 50 kilometers south of Aurangabad on the bank of the Godavari River. It was once the capital of the Satvahan dynasty and was also home to the great poet Saint Eknath.

Since early times Paithan has been a religious centre of importance, being the birthplace of saints Bhanudas, Mukteshwar and Eknath. Many shrines in the town and on the bank of the river are connected with the lives of many holy men. There is a temple of Saint Eknath which contains his Samadhi.

The bathing ghats of Paithan are the oldest structures in the town. Among the shrines built at the foot of the ghats is one dedicated to Siddheshwar Mahadeo. Besides Hindu shrines there are a number of mosques and dargahs which are older structures. The Jama Masjid in the city dates from about 1630 and has a large courtyard in front.

Apegaon, the birthplace of Saint Dnyaneshwar is 15 kilometers away from Paithan. 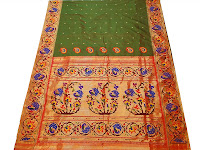 Paithan is particularly known for its 'Paithanis', the beautiful silk sarees with elaborate zari work. Jayakwadi dam close by is a beautiful resort. Also located nearby is the Dnyaneshwar Udyan - Maharashtra's largest garden developed on the lines of famous Pinjore and Mysore's Vrindavan gardens, but is five times the size. The musical fountains in the garden are mesmerizing. Some water sports can also be tried at Paithan.

How to reach Paithan