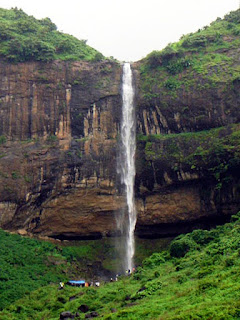 Pandavkada Falls is a majestic cascading waterfall, located amidst lush green Pandavkada hills at Kharghar in Navi Mumbai. The waterfall is at its best during monsoons thus becoming a popular spot for one day picnics among the Mumbaikars and the locals of Navi Mumbai.

The cascading waterfalls fall from a considerable height, offers a wonderful splash which is worth enjoying.

* We don't recommend to visit this place during heavy showers as the area becomes prone to mudslides.

Things to be kept in Mind
The Waterfall is declared as ‘dangerous spots’ by CIDCO due to drowning of many school students. According to officials of the Kharghar Police Station, the waterfall claims 12 lives in the last seven years. All the victims slipped on the rocks and drowned in the waterfall. 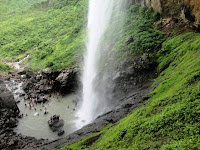